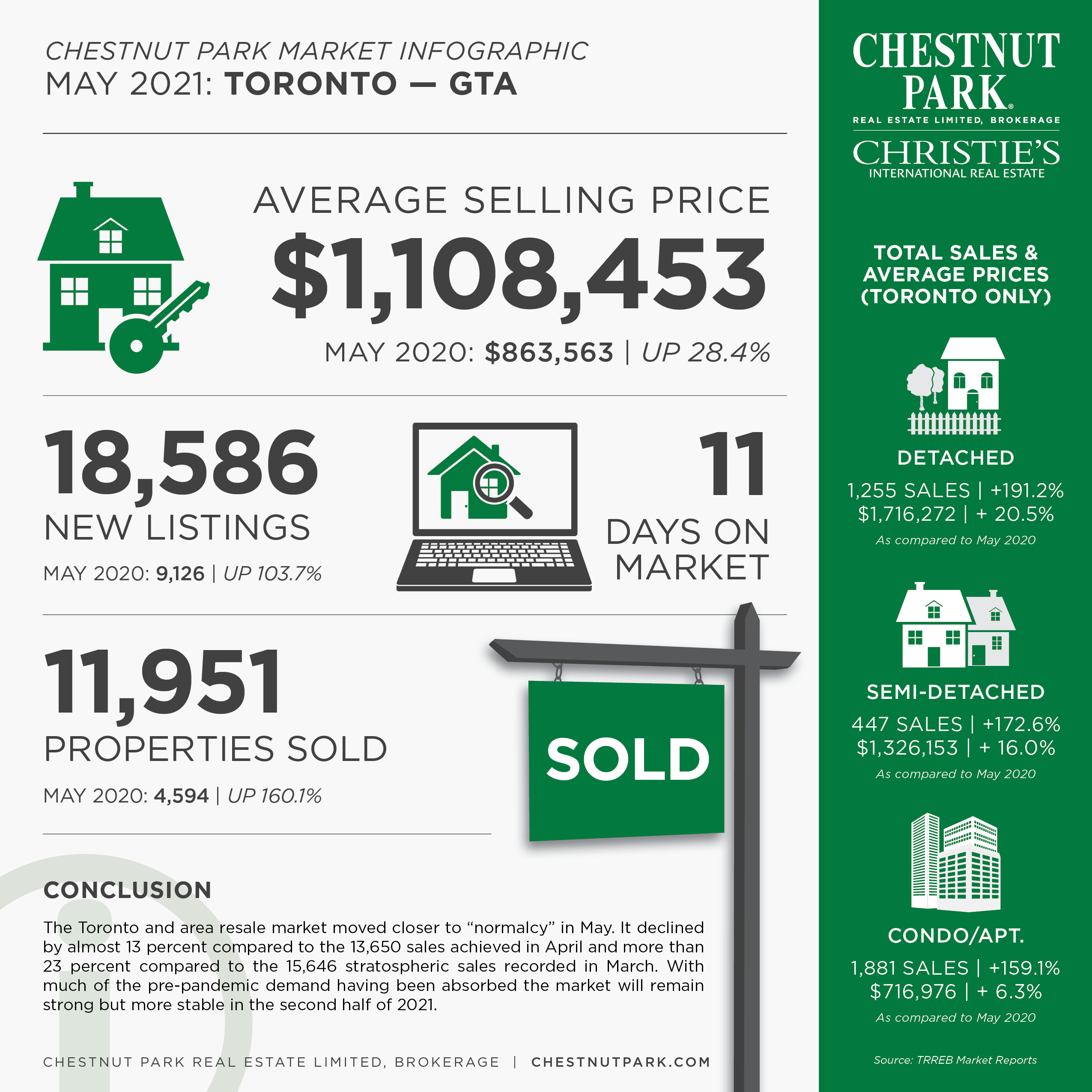 Although the number of sales declined over the past two months, the pace of sales did not. In May it took only 11 days for all properties that came to market to be reported sold. At the end of May there were only 1.2 months of inventory for the entire greater Toronto region. The number was a little higher in the City of Toronto (1.6 months) due to the preponderance of condominium apartments in the City.

Affordability and supply will continue to moderate the Toronto and area marketplace as we move towards the second half of 2021. The region’s average sale price of $1,108,453 is making Toronto and area very pricey, and except for condominium apartments, beyond the reach of most buyers. To some extent that has been one of the reasons for the pull back in the market since March. Affordability will become even more relevant as the higher mortgage stress tests are applied beginning in June.

In May 18,586 new listings came to market. Sellers were clearly taking advantage of the record-breaking selling prices. The growth of the Toronto and area inventory levels will have a moderate impact on average sale prices, as stretched buyers discover that they have more choice than during the early months of 2021. The combined impact of tighter affordability and more inventory should see the marketplace continue to level off, consistent was “normal” pre-pandemic markets.